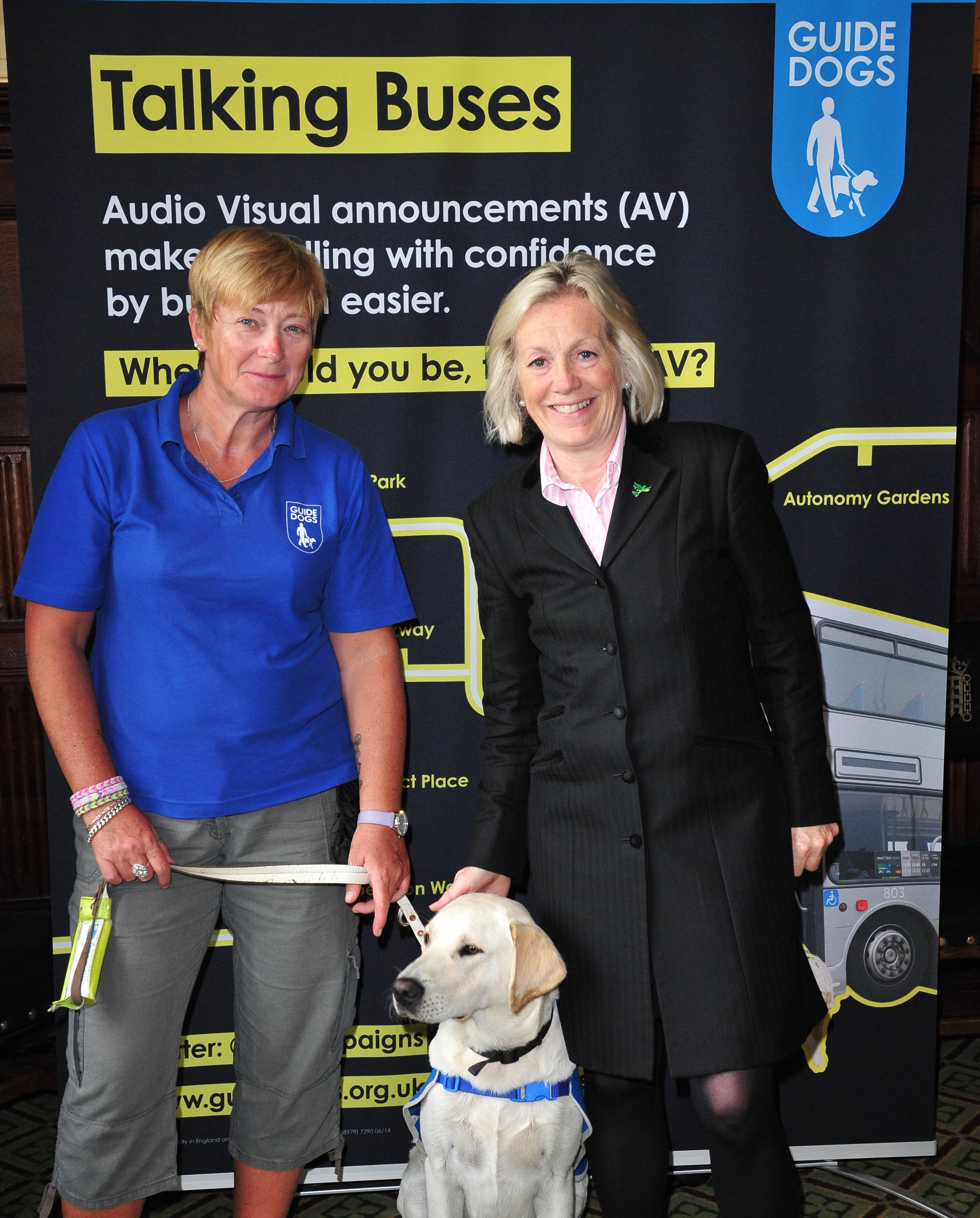 Guide Dogs is calling for the Government to require all new buses be fitted with AV.  Currently, bus operators are under no obligation to include this technology when upgrading their fleet.

“Navigating can be challenging at the best of times, but can become a complete nightmare when you are unfamiliar with an area or route.  It is particularly difficult for blind and partially-sighted people living and travelling in rural areas as often the distances involved are longer, and hard to estimate.”

“This simple step would go a long way towards making leading an independent life easier for blind and partially-sighted bus travellers.”

“Given that only one fifth of the national bus fleet currently has AV installed, it’s pretty clear that operators need some encouragement.”

“If a change in the law means a speedy resolution to the problem, then I fully support this.”

James White, Guide Dog’s Campaigns Manager, said: “Buses are a lifeline for people who are blind or partially sighted, and we welcome Tessa’s support for people with sight loss to be able to travel safely and independently.”

“Without AV, bus travel for people with sight loss can be especially difficult, stressful, and dangerous when stops are missed and they end up in an unfamiliar area.”

“Safe and accessible bus services give people with sight loss much greater freedom to work, socialise and participate in the community.”