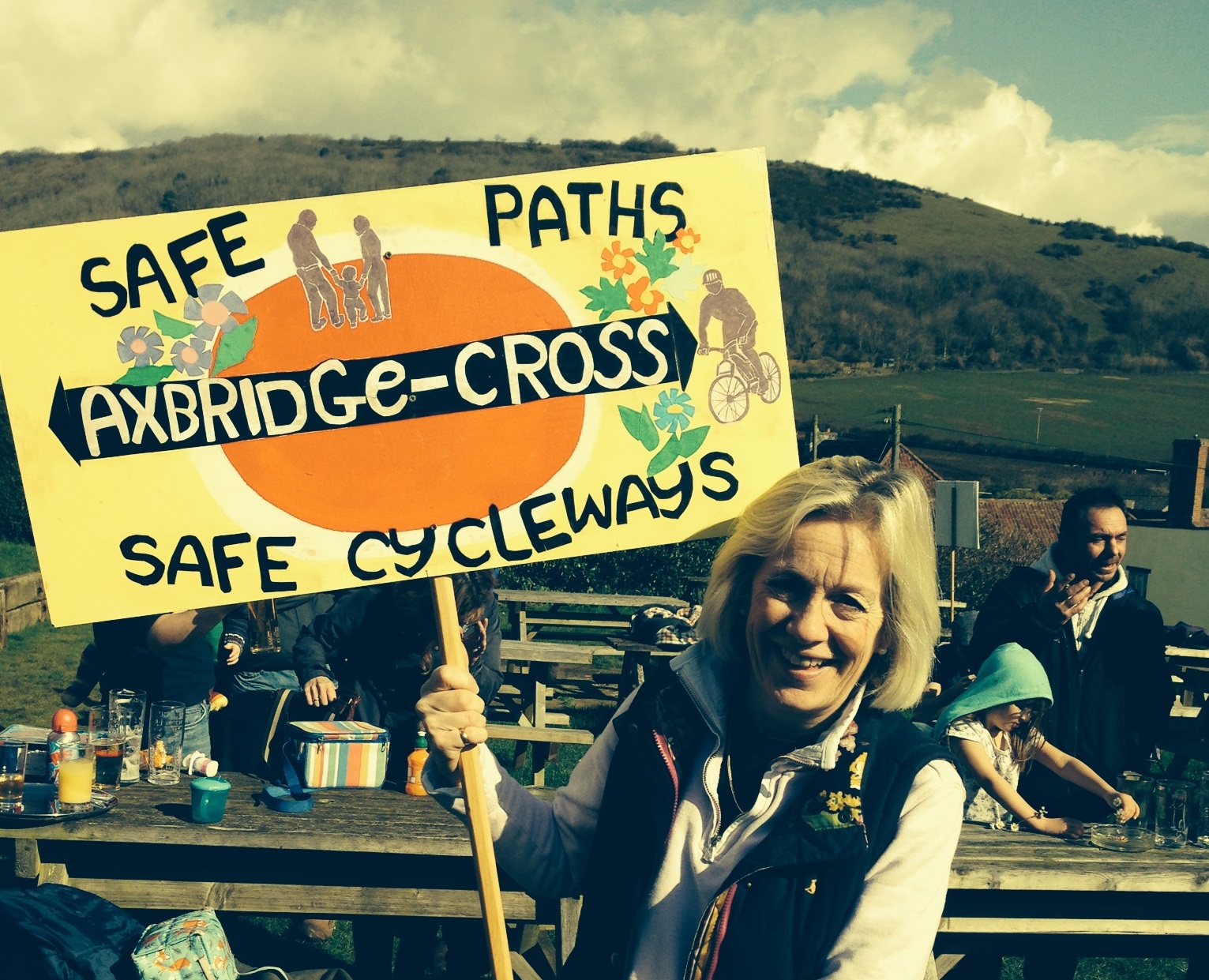 Tess Gill, who coordinated the effort, said: “We are so pleased with the turnout…It shows the strength of feeling that there must be an alternative to this dangerous road for walkers and cyclists…We want Somerset County Council, Sedgemoor District Council and all the campaigners to work together for a positive solution – to being a safe cycle path and footpath between Axbridge and Cross.”

“Our next step is to get Somerset County Council to convene a round table discussion with all those involved to agree a project plan and approach funders.”

Resident, Andy Tobin, said: “Unless we make the footpath safe, we might be calling it the Coffin Lane for tragic reasons…It’s only a matter of time before someone gets hurt or even killed.”

“I completely agree with the local campaigners and have pledged to continue to support their efforts. I will also do my best to attend the roundtable meeting when Somerset County Council have confirmed the date and time.”

Axbridge Singers treated campaigners to a few songs before they set off, including a specially written song called A Safe Path to Cross.

Mayor of Axbridge, John Albone, said: “There is fantastic support for the campaign and it has been very well organised, which means they are being responsible and have stewards in place to help.

“The town council are in support of the campaign for two reasons. Firstly, from a safety aspect but we also want to make Axbridge accessible and start improving that network between the town and down toward Cross.”

Joining the campaign was Josh Walker, 20, who towered above the procession on his stilts.

The stewards ensured the walkers and cyclists were safe from traffic on the narrow Cross Lane.