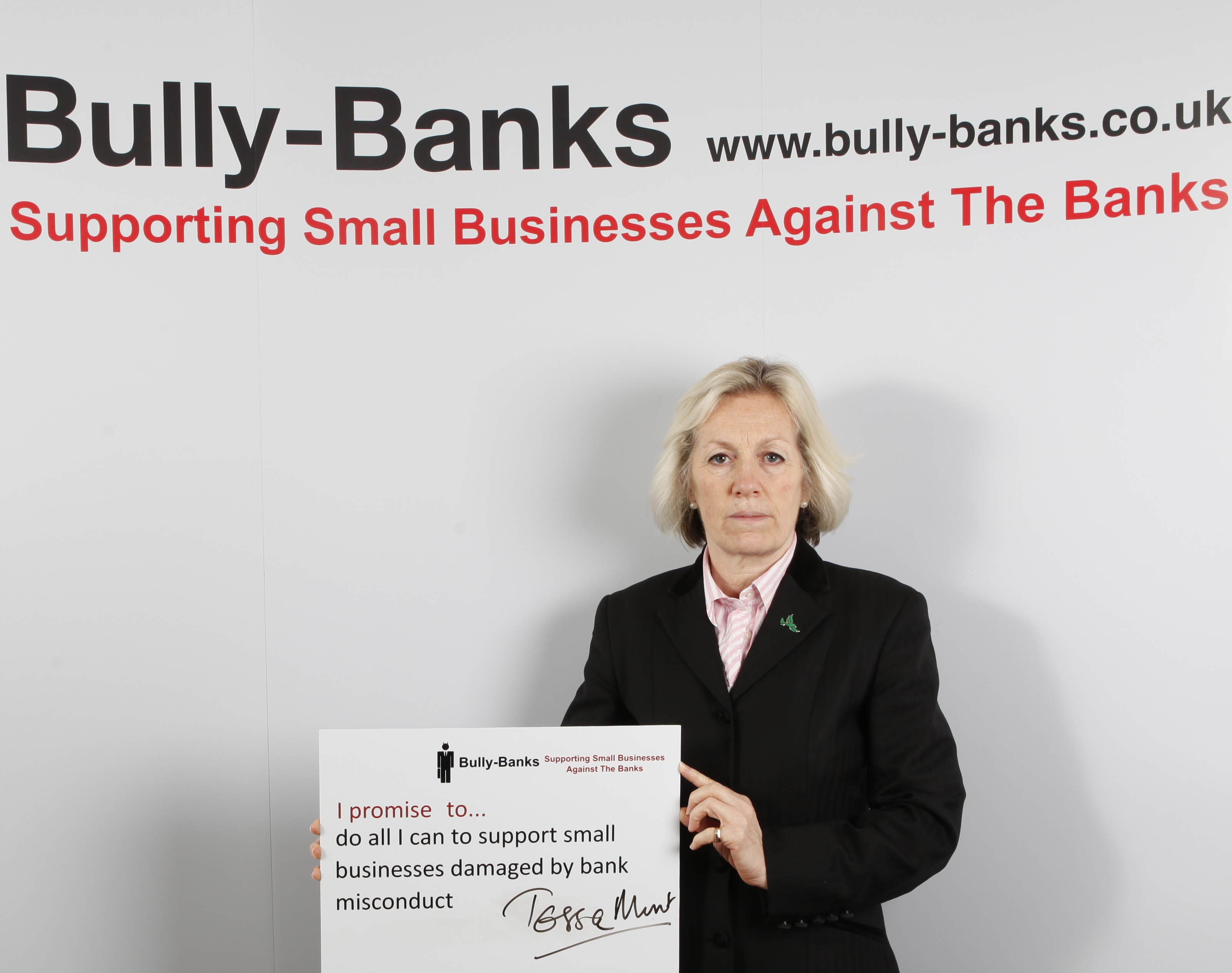 “The mis-treatment of thousands of business by the banks has been disgraceful.  I will continue to do everything in my power to ensure justice is served and that businesses receive fair levels of redress.”

“It’s hardly surprising that those who have fallen prey to the banks are reluctant to come forward publicly, as on the face of it, it may look as though the banks hold all the power.  However, I am pursuing a number of cases individually as they are some of the worst examples of bank mis-selling, and I am taking my specific concerns to the Financial Conduct Authority.”

If your readers have been affected by these scandalous practices, then I will of course take up the case with a guarantee of complete anonymity.”

“Tessa’s support for the Bully Banks’ campaign has been invaluable in securing redress for thousands of small and medium-sized businesses across the UK, each of which has been the victim of mis-selling at the hands of our high street banks.   There’s a lot more to achieve, but we look forward to working closely with Tessa and other MPs in Parliament to resolve the ongoing problems”.