I've published my Tax return, will other candidates follow? 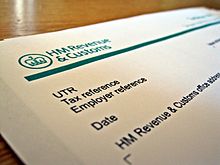 Boris Johnson's little surprises have a knack of making the Conservative leadership wince and squirm.

Last month's 'surprise' struck right at the heart of one of the most sensitive issues facing the Prime Minister, his Chancellor and the Tories.  Boris announced that he thought senior politicians should publish their tax returns.

You could almost hear the groans in Downing Street down here in Somerset, 150 miles away.

Despite David Cameron and George Osborne indicating previously that they were "relaxed" about publishing their tax returns, now Osborne says there are "practical difficulties" and Cameron says it's "complicated".

Income tax transparency is already standard practice in countries like Denmark, Norway and Sweden.  If you're standing for election in the States, you have to publish your tax return.

Since I recently completed my own tax return, I’ve posted copies from the time I was elected as an MP to my website and anyone can go ahead and look at them online

There weren't any 'practical difficulties', and I didn't find it "complicated". So, I’m echoing Boris’ calls for politicians to publish their tax returns.

The murky, self-policing way in which our political system operates is a big problem.  It leaves space for temptation and corruption.

But worst of all, this murkiness is a root cause of the distrust and suspicion which hangs over our political system, particularly after the 2009 expenses fiasco.  It creates the impression that the political establishment has things it wants to hide.

Before being elected in 2010, I promised to be a full-time MP.

I’ve kept that promise.  My bosses are those who live in my patch. They know I don’t sell my time to private companies, flog favours, get paid to make speeches, or lobby Ministers to promote anyone else's interests.

In 2010, I promised to list all my expenses and the value of any gifts I receive.

I’ve kept this promise too.  Everything is on my website.

I said I wouldn't employ members of my family.

I don't claim for food, whether my own or for those who join me for a coffee, snack or meal as my guests in Parliament, even though the 'rules' say I can.

And I promised myself that if I was elected, I would do what I could to root out corruption and rebuild some trust in our politics.

When in 2012 I was promoted to be Vince Cable’s PPS, one of the first things I raised was company transparency and how slack registration in the UK could lead to tax dodging and corruption at a national and international level.

Now the Government is preparing a register of who owns and controls UK companies which everyone can see, which will make it much harder to dodge tax and do shady deals.

And I was one of the MPs who called for an independent, Hillsborough-style Inquiry into child sex abuse.  I suggested the Chair should come from outside the British 'establishment' but it took two resignations (and seven months lost), before the Inquiry was set up and the Chair, a New Zealand Judge, started her work.

One of my duties now is to see the Inquiry pursue the truth, ensure those who cover up these hideous crimes account for their actions and omissions - whoever they are, whatever their connections - and make the perpetrators face the full force of the law.

So, I’ve kept this promise too.

I’m proud to have been outspoken on transparency.

I won’t back down.  And I'm not finished yet.