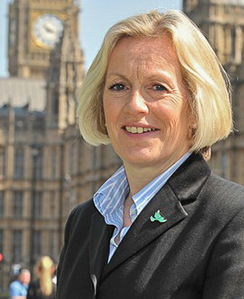 Last week, I wrote about the mass of Liberal Democrat wins in the Budget, from tidal power to tax cuts for low and middle income earners, a cider duty cut and fuel duty freeze.

This week, I’ve written about how we’d keep strengthening the economy, making life fairer, creating opportunities for everyone - and how this differs from both Labour, which doesn’t seem to have learned any lessons, and the Conservatives, who don’t seem to understand how ordinary people live.

As the party of the centre ground, our priority has always been and remains to deliver opportunities for everyone - strengthening the economy at the same time as making our society fairer.  I think we Lib Dems have bought common sense and caring to Government.

The economy is growing, the deficit has been halved, and we’re repairing the damage done under Labour. Unemployment is down by 52% since 2010 and we’ve helped create 1.8 million new jobs - 180,950 of which are new apprenticeships in the South West.

But the Lib Dems have fought to defend and protect people on low and middle incomes, the vulnerable and our essential public services from the worst excesses of Conservative policy-making. In the background, we’ve blocked moves like firing workers at will without giving any reason, which the Conservatives wanted, along with cutting the time child-minders can give to each child, and profit-making in state schools.

My Conservative opponent says “coalition is chaos”.  Yet, if you flip his leaflets over, he proves the exact opposite, upholding the many Lib Dem achievements in coalition, most of which were on the front page of our 2010 Manifesto.  I’ve lost count of the times he and his colleagues have laid claim to my party’s income tax cuts policy (which his Prime Minister jibed were “impossible” in the pre-2010 debates!)  In the South West alone, this will have lifted 324,000 people out of income tax altogether by 2018, with basic rate taxpayers £905 a year better off than they were in 2010.

The people the Conservatives have proven right are the electorate.  Your votes gave us a ‘hung’ Parliament in 2010 because, despite their thirteen years in opposition and Gordon Brown’s unpopularity, they weren’t able or ready to govern alone.

They still don’t understand what everyday life means for the ordinary individuals and families running businesses and working in important industries like tourism across the South West.  Just look at Osborne’s botched attempt to whack 20% VAT on caravans (and pasties!). This would have been catastrophic for the leisure and tourism businesses on which the South West depends.

It was a Lib Dem MP who rallied to the cause, attending meetings, consulting tourism experts and leading a delegation from Somerset to the Treasury which forced the Conservatives to back down.

The fact is, without the Lib Dems in Government, the Conservatives would also have cut public services far deeper and faster than was necessary, shifting the heaviest burden to the poor and vulnerable.

This is exactly what we’ve seen in Somerset since the Conservatives took control of the County Council in 2009.  Taxpayers’ millions in the bank, but the pursuit of vicious cuts purely for ideological reasons, leaving the most vulnerable unprotected.

Now George Osborne wants a chance to do the same on a national scale.  Without the moderation offered by the Coalition with the Lib Dems, he plans to clear the deficit by 2018 - the same time frame as us - but with cuts targeted only at the working poor.  Then, once he’s cleared the deficit, he wants to go on cutting, just for the sake of it.  Just like Somerset!

And the Labour Party? It wants to take longer than us to clear the deficit, but to borrow more in the meantime, prolonging the pain for years to come.

You can’t trust David Cameron and George Osborne to be fair and in touch with ‘ordinary’ people.

You can’t trust Ed Milliband and Ed Balls to run the economy responsibly.

We have been clear.  We Lib Dems will cut £50bn less than the Conservatives, but borrow £70bn less than Labour.  We will balance the budget by 2018, cutting taxes for low and middle earners, defending public services and creating more opportunities for everyone.

So the choice in this election is this: Labour will borrow too much, risking the economy. The Conservatives will cut too much, threatening public services and punishing the least well off and vulnerable.

The Lib Dems take the centre ground, will cut less than the Conservatives, borrow less than Labour and the real benefit of living in the West Country is that you can vote Lib Dem, and get a Lib Dem MP.