Success! Radiotherapy For The South West After 4.5 Year Battle! 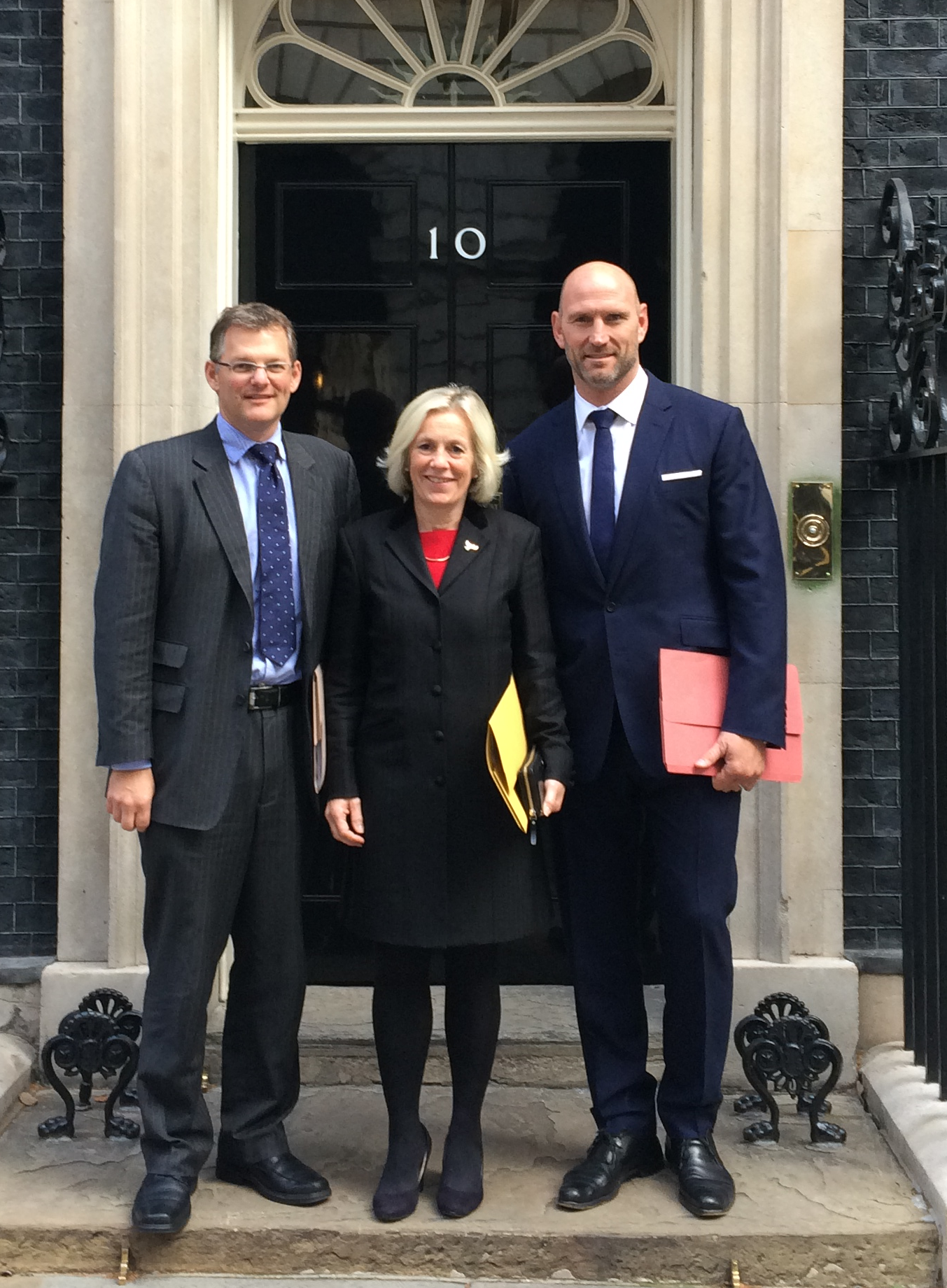 Since she was elected as MP for Wells in 2010 Tessa Munt has campaigned forcefully to improve access to advanced stereotactic radiotherapy (SABR) for cancer patients, particularly those in the South West where access is non-existent.

At the beginning of last year she joined forces with former English rugby captain Lawrence Dallaglio and senior cancer consultant from the Royal Marsden Hospital, Nick van As, to place pressure on the Government to act. Together they lobbied the Secretary of State for Health, Jeremy Hunt; met with the Prime Minister at 10 Downing Street, and in December 2014 they sat down with the CEO of NHS England, Simon Stevens, to demand he take action.

Last Friday Tessa’s hard work paid off when NHS England announced (details below) that from April this year they will fund a series of new projects that will give access to SABR for patients with a range of cancers.

Lawrence Dallaglio was particularly impressed with Tessa’s work. He said:

“It was a privilege for me to work with Tessa to achieve this important breakthrough in cancer care. She is tenacious and has worked tirelessly to highlight the lack of access to SABR for cancer patients in the South West, and has fought hard to put that right.”

Four years ago the NHS’s own National Radiotherapy Implementation Group (NRIG) produced a widely supported plan that would allow cancer patients in England to be treated with SABR.  NRIG said that clinical trials should take place within the NHS to allow patient access and to build evidence. Those trials should be for cancer of the Prostate, Head & Neck, Spine, Pancreas, Liver, Kidney and Oligometastatic disease (cancer that has spread to other parts of the body).

NRIG was ignored and our country fell behind the rest of the developed world in using SABR to cure cancer. As a result many cancer patients like Kerry Dunn from of Sandford, Somerset. Kerry died of cancer at 47 after being refused CyberKnife funding.”

“I’ve asked over 300 Parliamentary Questions on this issue and at times it has felt like I was banging my head against a brick wall; it was very frustrating but I knew I was right. Radiotherapy is the way forward, it’s less intrusive, more effective and much cheaper, yet NHS England continued to prioritise spending on expensive drugs”

“I’m pleased to say this announcement finally puts this right.”

“It will allow our doctors to start treating cancer patients with SABR and catch up with the rest of the world. It will enable us to more than treble the number of cancers treated. This is great news for cancer patients. It will prevent many from suffering unduly, give hope to a great many more and put an end to unnecessary deaths like Kerry Dunn. One of the key elements of the agreement is that the guaranteed patient funding will facilitate the development of SABR dedicated centres of excellence in the English regions.

On this subject Tessa has strong views:

“Other regions have tried to develop SABR programs and have got it badly wrong. They have wasted millions on hybrid machines that can only treat a small number of patients and a very limited number of cancers with SABR each year. They have not been able to acquire the expertise needed for this high tech treatment; consequently, NHS England has de-commissioned four of them so far, with more to follow.”

“We must ensure this does not happen again. If any of our hospitals are thinking of spending millions of pounds on a multi-purpose radiotherapy machine that provides good conventional radiotherapy and a bit of SABR, please think again. If you are unable to treat the range of cancers now being funded by NHS England they will shut down your SABR program and you will have wasted a lot of taxpayers money.”

“This agreement gives us the opportunity to make sure that patients who need SABR in the South West get access to it here in our own region. It is in our hands now.  We need to act upon this quickly and decisively. We must act to create our own dedicated SABR centre in the region – one that can treat all the cancers that NHS England will now fund.”

“I have been able to visit both a Gamma Knife and a CyberKnife in London and met the doctors who operate these remarkable machines. Gamma Knife is the best possible stereotactic machine for treating cancer from the neck up.  CyberKnife is the only dedicated stereotactic machine that can treat all the other cancerous tumours that grow from the neck down.”

“We have managed to secure a Gamma Knife in Bristol which can treat hundreds of our patients each year as day patients. What we need now is a CyberKnife in the region that can do these same for all the other cancers.”

“This agreement means that from April, funding for patients with secondary cancer, many different primary cancers – some of them very complex ones – will be available. If we do not offer them treatment in one place with highly trained staff, using a SABR machine that can safely treat all the cancers and all the patients who require treatment, then we will be seriously letting people down.”

“This is the best solution for the South West. Don’t let anyone tell you there is another solution to this. There is not.”

NHSE announced a number of initiatives on Friday. Tessa is directly involved with the following

The extension of NHS England’s Commissioning through Evaluation programme to innovative radiotherapy treatment Stereotactic Ablative Radiotherapy (SABR), costing in the region of £5m each year. This new commitment comes following a campaign led by former England rugby captain Lawrence Dallaglio, aiming to make SABR more widely available to cancer patients in England. NHS England’s Evaluation programme will enable the number of cancer patients eligible to access SABR treatment to rise significantly, by 750 new patients a year. The programme will widen the number of cancers being treated to include oligometastatic disease (cancer that has spread to another part of the body), primary liver tumours, spinal tumours, the re-irradiation of cancers in the pelvis and other selected indications.

This investment is in addition to NHS England’s pledge to fund up to £6m over the
next five years to cover the NHS treatment costs of SABR clinical trials led by Cancer
Research UK.

Here are NHSE’s notes on the announcement

Evidence shows that SABR can be effective when used to treat non-small cell lung cancer and the NHS already funds this; every patient who needs this treatment across the country should be able to receive it. There is a UK wide clinical trial currently running to assess the effectiveness of the treatment of prostate cancer and prostate cancer patients can be treated through this. However, there is little clinical evidence in the UK that SABR is effective for other cancers.

To gather the evidence we need on the effectiveness of the treatment for patients with other types of cancer, NHS England has invested a further £15m over three years from April 2015 via its Commissioning through Evaluation programme. We will work with the clinical and research community to fully assess and gather the evidence for the effectiveness of the treatment.

The programme will begin in April and will allow up to 750 patients a year to access the treatment. It will begin with four studies to assess the use of SABR in four different groups of patients with specific types of cancer including:

3) Re-treatment of cancers of the pelvis, and spine

The programme will encourage the development of centres of excellence in the English regions over time and will help to build up the expertise in using SABR. It is envisaged that we will see the number of centres grow over the next few years as the initiatives progress and as the clinical evidence to support SABR treatments accrues.