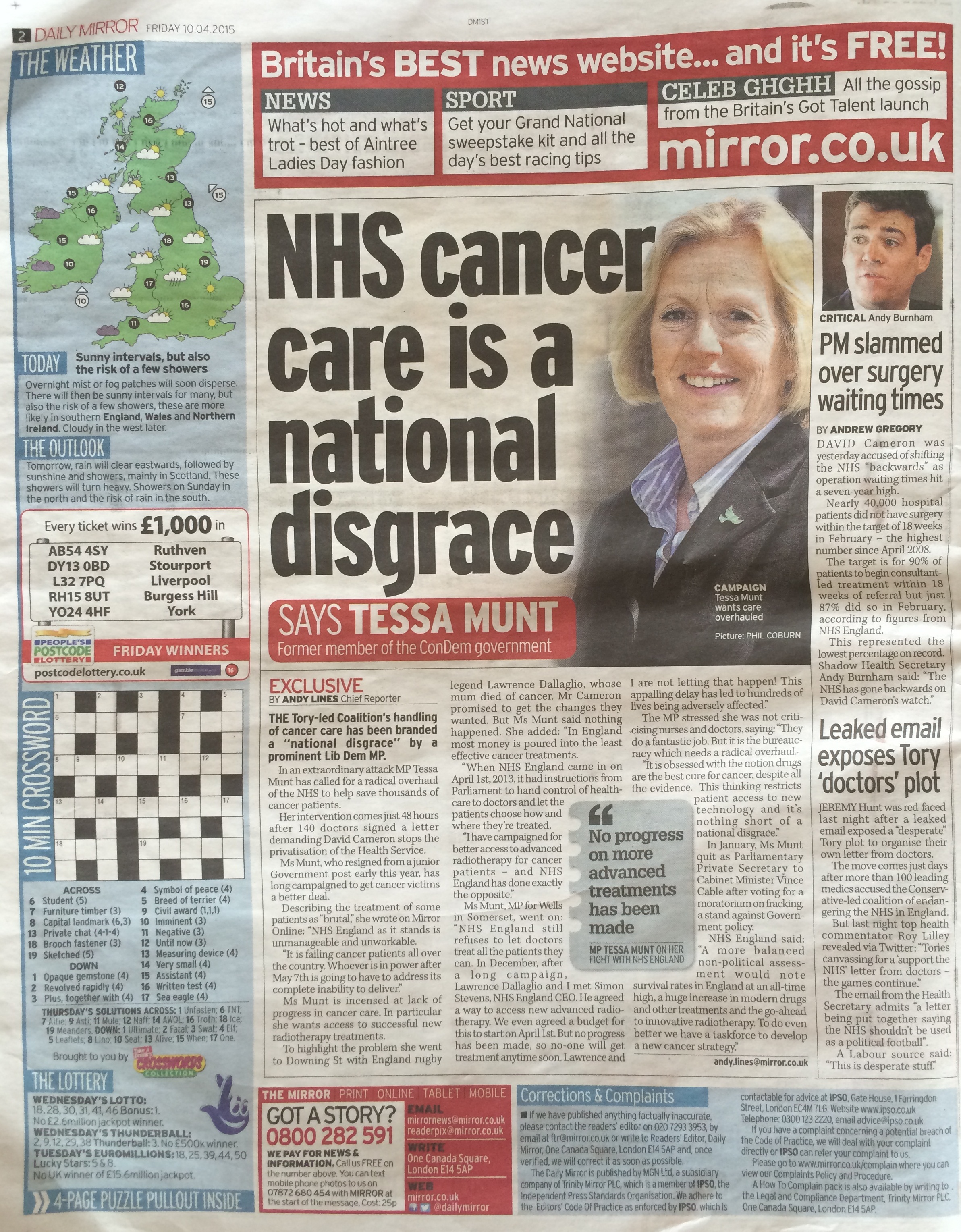 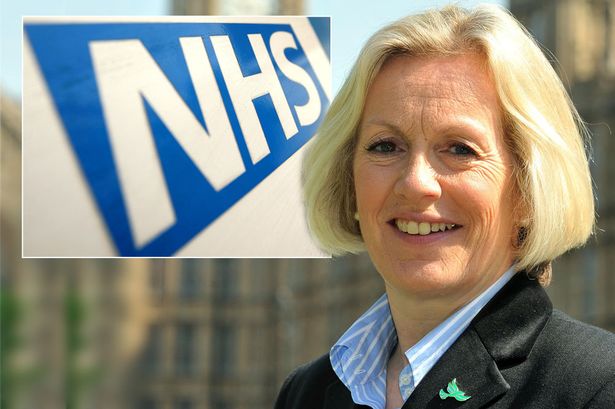 In an extraordinary intervention MP Tessa Munt has called for a radical overhaul of the NHS to help save thousands of cancer patients.

Her intervention comes just 48 hours after 140 doctors signed a letter demanding David Cameron stops the privatisation of the Health Service.

Ms Munt, who resigned from a junior Government post early this year, has long campaigned to get cancer victims a better deal.

Describing the treatment of some patients as “brutal,” she wrote on Mirror Online: “NHS England as it stands is unmanageable and unworkable.

“It is failing cancer patients all over the country. Whoever is in power after May 7th is going to have to address its complete inability to deliver.”

Ms Munt is incensed at lack of progress in cancer care.

In particular she wants access to successful new radiotherapy treatments.

To highlight the problem she went to Downing St with England rugby legend Lawrence Dallaglio, whose mum died of cancer. 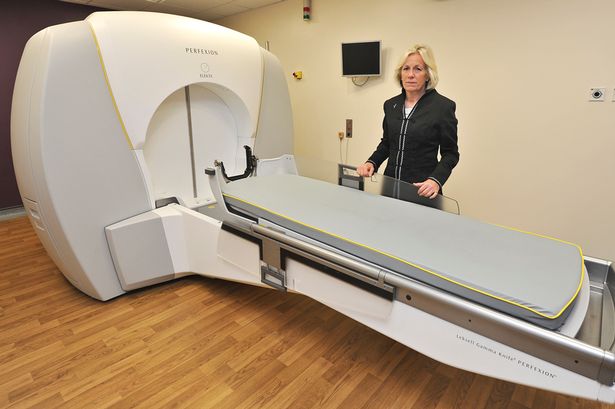 Mr Cameron promised to get the changes they wanted.

But Ms Munt said nothing happened. She added: “In England most money is poured into the least effective cancer treatments.

“When NHS England came in on April 1st, 2013, it had instructions from Parliament to hand control of healthcare to doctors and let the patients choose how and where they’re treated.

“I have campaigned for better access to advanced radiotherapy for cancer patients – and NHS England has done exactly the opposite.”

Ms Munt, MP for Wells in Somerset, went on: “NHS England still refuses to let doctors treat all the patients they can.

"In December, after a long campaign, Lawrence Dallaglio and I met Simon Stevens, NHS England CEO.

"He agreed a way to access new advanced radiotherapy. We even agreed a budget for this to start on April 1st.

"But no progress has been made, so no-one will get treatment anytime soon. Lawrence and I are not letting that happen!

"This appalling delay has led to hundreds of lives being adversely affected.”

The MP stressed she was not criticising nurses and doctors, saying: “They do a fantastic job. But it is the bureaucracy which needs a radical overhaul.

“It is obsessed with the notion drugs are the best cure for cancer, despite all the evidence.

"This thinking restricts patient access to new technology and it’s nothing short of a national disgrace.”

In January, Ms Munt quit as Parliamentary Private Secretary to Cabinet Minister Vince Cable after voting for a moratorium on fracking, a stand against Government policy.

NHS England said: “A more balanced non-political assessment would note survival rates in England at an all-time high, a huge increase in modern drugs and other treatments and the go-ahead to innovative radiotherapy.

"To do even better we have a taskforce to develop a new cancer strategy.” 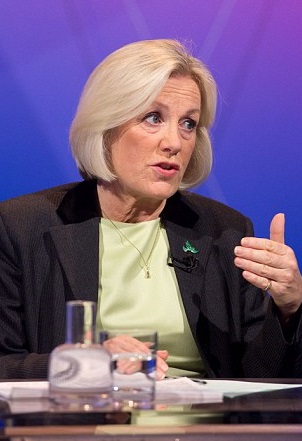 Cancer treatment in England is an area of care where the most money is poured into the least effective methods of treatment.

According to NHS England’s own guidelines, radiotherapy cures 16% of all cancers. Combined with surgery, that figure is over 40%.

Cancer drugs cure just 2% of all cancers. Yet NHS England’s cancer drugs budget this year is some £2 billion. The radiotherapy budget just under £400 million.

When NHS England came into being on 1st April 2013, it had explicit instructions from Parliament to hand over control of healthcare to our doctors and give our patients the right to choose how and where they are treated.

Since I entered Parliament, I have been campaigning for better access to advanced radiotherapy for cancer patients - and as far as cancer is concerned, NHS England has done exactly the opposite.

NHS England operates on two fronts. The first and most important are those at the ‘coal face’: the doctors, nurses and all the staff who work so hard, and do a fantastic job making us better.

Then there are the bureaucrats, whose purpose is to help those at the ‘coal face’ do their jobs. In my experience, most of this bureaucracy has grown in the last two years, but it needs a radical overhaul.

It is firmly stuck, dreaming of using last century’s technology and obsessed with the notion that drugs are the best cure for cancer, despite all the evidence to the contrary.

This thinking restricts patient access to new technology and it’s nothing short of a national disgrace.

Take the use of Stereotactic Radiotherapy - the most advanced way to delivering radiotherapy, now used across the world.

SABR is more accurate at treating tumours than any other form of radiotherapy.

All tumours in the body move during treatment, but CyberKnife, the latest SABR robotic technology can match that movement as it happens.

This keeps the radiation beam firmly focussed on the tumour and away from surrounding healthy tissue. 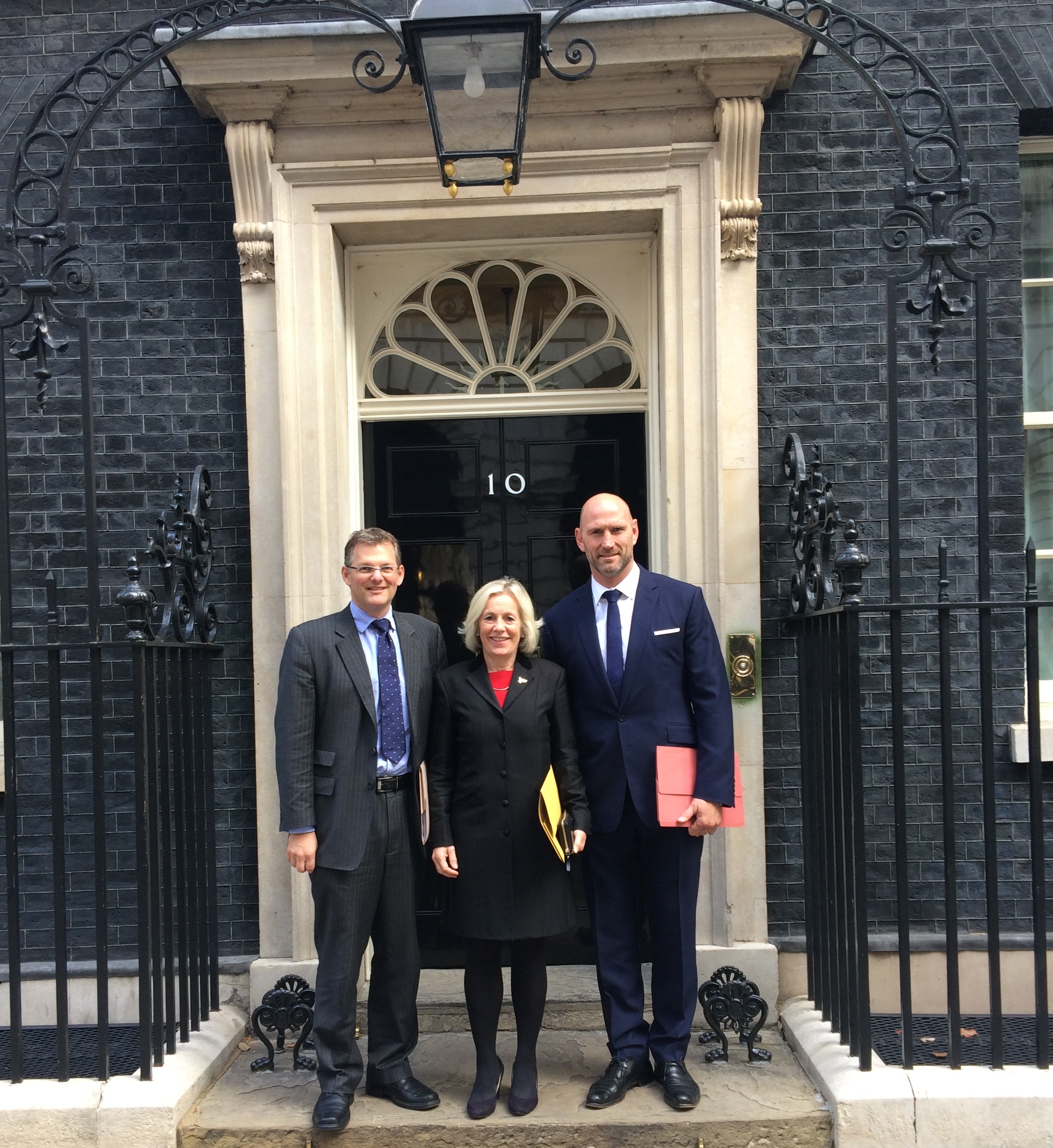 Passionate: Lawrence Dallaglio with Tessa and Nick van As at Number 10

So Cyberknife can treat tumours that conventional radiotherapy cannot, as it causes less damage to healthy tissue and reduces the number of patient visits to hospital from an average of 25 to about 5, meaning real savings for the hospital.

For cancer patients it’s a revolution. It means the end of heavy duty body restraints, which are used in old-fashioned radiotherapy to stop patients moving.

There is no great price difference between the old and new machines, but NHS England has encouraged the purchase of the old fashioned systems, and is refusing to purchase a single robotic machine.

To their credit, four English hospitals have realised the benefit of this robotic technology and with the public’s help, have raised charitable funds to buy them.

Even so, NHS England still refuses to let them treat all the patients they can.

Last year the Mirror featured the story of 23 year old Nadejah Williams, who died as a result of this brutal policy. 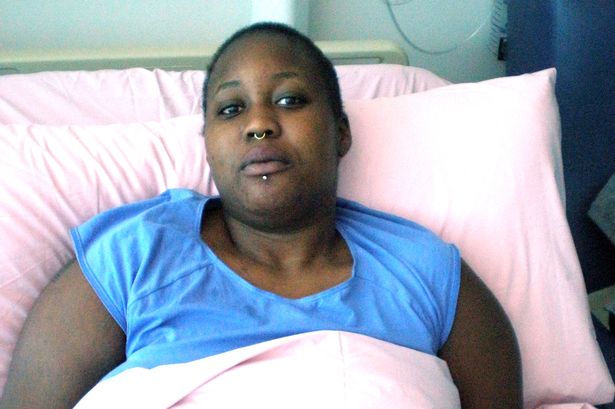 Tragic: Nadejeh was denied cancer treatment that could have saved her life

NHS England doesn’t stop at refusing to buy new technology to treat our cancer patients. It is ruthless at stopping hospitals from using the technology they already have.

A Gamma Knife uses SRS to treat tumours in the brain.

Patients with more than 30 brain tumours have had them all removed painlessly in this way. UCLH started treating NHS patients with SRS in the autumn of 2012.

On 1st April 2013, when NHS England took over funding radiotherapy it ordered UCLH to stop treating NHS patients and told them to send their patients to another hospital, so the machine lies idle.

NHS England said “no” and continues to say “no”. No wonder doctors are angry and frustrated. NHS England just ignores them.

When UCLH appealed this decision, NHS England then said it was launching a full scale review into the need for SRS in England before it could reconsider.

Nearly two years later, that review is still not complete. This appalling delay has led to hundreds of patients’ lives being adversely affected for no reason.

Modern technology has made radiotherapy so much safer for cancer patients and far more effective at killing cancer tumours.

Despite this, we are treating fewer cancer patients with SABR than we were in 2010.

Meanwhile, NHS England continues to promote drugs as the cure-all for cancer, and I have concerns about their cosiness with the drug companies.

Even David Cameron is unable to break this link. On 9th July last year, he told me in Parliament the annual £250 million drug fund could also be used for advanced radiotherapy. 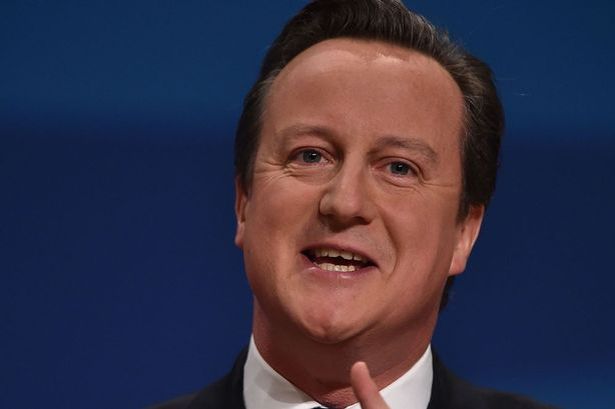 NHS England stuck two fingers up to him, refused to fund radiotherapy from it and added another £40 million a year on to spend on drugs.

When Lawrence Dallaglio and I went to 10 Downing St to meet him a few weeks later he was clearly frustrated that he could not get NHS England to move on this. He told us we had to take it directly to NHS England.

In December, we eventually met with Simon Stevens, the CEO of NHS England. He agreed a way for cancer patients to get access to this advanced radiotherapy.

We even agreed a £5 million budget for it to start on 1st April. In the four months since, no progress has been made by NHS England and the 1st April start date has been missed.

So although the patients are there, the money’s there and the doctors are ready to treat no patients have yet to be treated.

In my view, NHS England has become unmanageable, unworkable and unaccountable.

It has failed to do what it was asked and it is failing cancer patients all over the country. Whoever is in power after 7th May is going to have to address its complete inability to deliver.

Not to do so would be an utter betrayal of everything we believe the NHS should stand for.