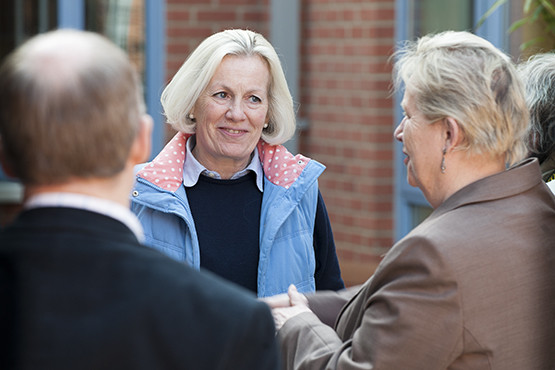 This week’s Budget was the last before the General Election.

Here in the South West, cider is close to our hearts.  So I was delighted when the Chancellor confirmed a 2% cut to cider duty which received a rosy welcome from the industry!

But for my party, there is so much more to be proud of than just cider and beer duty cuts.

Take income tax for example. Raising the point at which you begin paying income tax from £6,450 in 2010 to £10,000 was slap bang on the front page of our manifesto in 2010.  In those early debates, David Cameron said it was "impossible".  But we’ve proven him wrong, steadily raising the level at which you begin paying tax on your earnings year on year.

Look at our apprenticeships.  Since Vince Cable took over as Business Secretary in 2010, he has led a 'revolution’, pursuing an increased range and quality.  Our apprenticeships policy has been such a huge success that we included further measures in the Budget. Our new voucher scheme puts employers in control, enabling them to buy training for their apprentices at a discounted cost.

The actions we’ve taken in Government since 2010 have steadied and rebalanced the economy, but the real heroes are those running our small businesses, and their employees. They’ve quietly pulled the country into recovery - no thanks to our antiquated business rates system created 30 years ago and not fit for purpose for most of those decades.

That’s why I’ve been banging the drum for a complete overhaul of our rates system for years, and despite Ministers agreeing with me privately, nothing was done.  I really felt I was banging my head against the Treasury’s brick walls!

We Lib Dems roughed it out and ensured a wide-ranging review of business rates was included in this Budget. Reporting in 2016, this Review will examine the structure of our current system, seeing what lessons can be learned from other countries.

This refreshing, if long overdue, approach provides a glimmer of hope to those of us who have been campaigning also to lift VAT on tourism. The evidence is there.  We just need politicians with imagination to push from the inside to get changes made.  And if I'm given the chance, that is exactly what I’ll continue to do in the next Parliament.

As a ‘green' MP, it's very encouraging to know so many in the South West share my values and determination to protect our landscape, environment and wildlife.

That’s why I’ve used my position to push hard for renewables - like tidal - and against damaging new processes like high volume fracking in Somerset, which the Conservatives seem desperate to bring here.

Britain has the second best tidal fall in the world. Tidal power alone could provide 8% of our electricity needs, replacing foreign fossil fuels with clean, reliable, home-grown electricity and creating fantastic economic opportunities in tourism, with the potential bonus of being able to control flooding on the levels.

I first introduced Swansea Tidal Lagoon Ltd. to the Energy Secretary back in 2012. Lucky really, since his officials had been wrongly advised that plans for tidal lagoons were “unworkable” and such a project was "light years away"!

Now, as a Party we’ve persuaded our coalition partners to back plans for the £1bn tidal lagoon scheme in Swansea Bay. The Government has opened formal negotiations on taking the scheme forward.  Real green common sense.

We’ve eased the squeeze on motorists too. In my patch, public transport services are at best limited, but in most cases non-existent, so running a private car is an essential, not a luxury.  The Liberal Democrats have frozen Labour’s fuel duty every year we’ve been in power.  This means that prices at the pump are 16p a litre lower than they would have been - saving most motorists £9 each time they fill their tank!

With a sixth of the number of MPs in Government, it’s pretty clear that we’ve punched above our weight.  We’ve had a real impact in coalition, but the differences are clear.  Our exciting new plans to whack banks which help tax dodgers will raise money to help pay off the remaining deficit faster.

Next week, I will explain how this will work, and also how we plan to pay for it all, borrowing less than Labour, cutting less than the Conservatives.

We really need Lib Dems in government – for a stronger economy, a fairer society and opportunities for everyone.